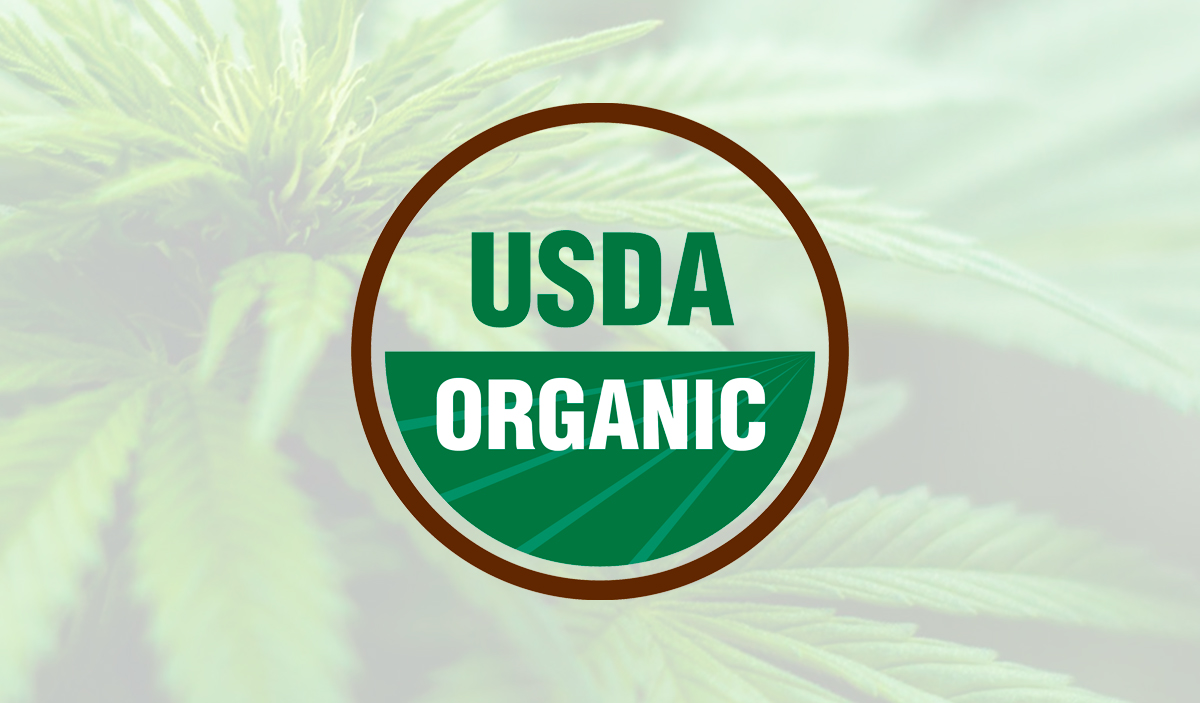 With the passage of the Agriculture Improvement Act of 2018 (2018 Farm Bill), many roadblocks were removed that hampered the expansion of the rapidly growing hemp industry in the United States. As a result, many hemp-based businesses and licensed cannabis companies are acting quickly to gain market share.

Despite the increased risk and attention from federal regulators and agencies, as well as the uncertainty of the soon-to-be released national regulations, a large number of start-ups have started to invest millions of dollars into advertising campaigns to promote their cannabis and hemp-derived products.

With so much competition it can be very difficult to differentiate one brand from another. One way companies are trying to stand out is by making an “organic” claim. So what does that mean in the for cannabis and hemp brands, and what can actually be certified organic by the USDA?

Labeling Cannabis Or Hemp As Organic May Not Be Totally Legal

Touting a product as “organic” or “made with organic xyz” or “natural” can be a very successful marketing tactic these days. According to the U.S. Department of Agriculture (USDA), consumer demand for organically produced goods continues to show double-digit growth, providing market incentives for U.S. farmers across a broad range of products. Indeed, this statistic has not been lost on many hemp and CBD marketers.

An organic claim can be very appealing to consumers of cannabis and hemp-derived products, especially to those using the products for medicinal purposes. Savvy marketers may play with words to make what isn’t necessarily true seem believable, but claiming a product is organic when it’s not is a big no-no.

As the business of cannabis develops, consumers will naturally expect high quality products. The rise of organic products in the agri-food sector is profound evidence of this impending trend. — Visual Capitalist

Labeling a product as organic generally requires a certification that is regulated by the USDA in accordance with the principles set forth in the Organic Foods Production Act. The USDA doesn’t actually perform the certifications but rather makes the rules, while third-party certifying organizations evaluate the farms and processors to ensure that they meet the standards for USDA certification.

Organic Certifications For Hemp Do Exist

Organic certification began years before Section 7606 of the 2014 Farm Bill went into effect. Today, there are hundreds of companies that are currently certified to grow or handle organic hemp or products containing organic hemp as an ingredient. These products include oils, fibers and seeds, and the various products made from such ingredients.

After the 2018 Farm Bill passed, the number of certifications and organic claims began to rise, and so did the number of advertising claims made cannabis and hemp companies. An influx of brands rushed to put out press releases claiming to be “the first” hemp or CBD product line in the industry that was truly certified organic. Sorting through the who is who and the what is what gets very complicated. Even Abbott and Costello would be confused.

As the market becomes more saturated, the unfortunate result is that many brands are going to use words like certified, organic, and natural to boost confidence in their products, but the harsh reality is that a lot of them will be misleading or downright false. Health-conscious consumers should do their research before buying a product that claims to be organic.

For example, if there is any remaining confusion about the organic status of a product, the USDA provides an online database of certified companies. This makes it easy for anyone to verify a company’s organic certification, and if you don’t see a company’s name on the list that claims to be certified, you can always contact the certifying organization directly. It is mandatory that the name of the certifier be listed below the name of the manufacturer or distributor on the product label.

Organic Hemp / CBD – How We Got Here

In August 2016,  the USDA, with the concurrence of the U.S. Drug Enforcement Administration (DEA) and the U.S. Food and Drug Administration (FDA), penned a Statement of Principles on Industrial Hemp (Rev 9/13/18 to update links).

The 2016 Statement discussed the applicability of Federal laws to activities associated with growing and cultivating industrial hemp programs post the Agricultural Act of 2014 (2014 Farm Bill).

The term “industrial hemp” was defined in the 2016 Statement as “the plant Cannabis sativa L., and any part or derivative of such plant, including seeds of such plant, whether growing or not, that is used exclusively for industrial purposes (fiber and seed). . .”

Unfortunately, none of this legislation modified the Controlled Substances Act to exclude either hemp or products containing THC derived from hemp from Schedule I. This led to confusion about the legality of industrial hemp products under Federal law.

“This crop [hemp] has been absent from the U.S. landscape and legislation for 85 years. It’s going to be no easy fix.” — Geoff Whaling

The enactment of the Agriculture Improvement Act of 2018 (2018 Farm Bill) provided a little more clarity.  The 2018 Farm Bill essentially amends the Controlled Substances Act and removes hemp* and its derivatives (including hemp-derived CBD) from Schedule I, and allows hemp to be considered an agricultural product.

*Hemp is defined in the 2018 Farm Bill as “the plant Cannabis sativa L. and any part of that plant, including the seeds thereof and all derivatives, extracts, cannabinoids, isomers, acids, salts, and salts of isomers, whether growing or not, with a delta9 tetrahydrocannabinol concentration of not more than 0.3 percent on a dry weight basis.”

Despite the passage of the 2018 Farm Bill, the regulatory saga continues. Under this Farm Bill, the USDA was charged with drafting regulations “as expeditiously as practicable” to clarify some vague provisions of the new legislation. States and cultivators around the country have been waiting anxiously for the new rules to help guide them in the 2020 growing season.

“At USDA … we hope the ability to grow hemp will pave the way for new products and markets.” — Secretary Perdue

The Agency had aimed for the release of the new regulations in August, but was delayed they say, due to the many complicated issues and difficult policy choices. Finally, on October 29, U.S. Secretary of Agriculture Sonny Perdue announced the establishment of the U.S. Domestic Hemp Production Program.

The interim final rule establishes a new part specifying the rules and regulations to produce hemp, and will undoubtedly go through many changes before it is finalized. It does, however, provide some clarity to an industry that has been shrouded in legal uncertainty for far too long.

In a nutshell, the interim final rule provides an outline for the USDA to approve plans submitted by Native American tribes and individual states for the domestic production of hemp. Further, It creates a federal plan for producers in territories of Native American tribes or states that do not have a plan approved by the USDA.

Choose an option below to find the perfect solution for you:

Delta 8 THC Advertising Solutions for CBD Brands
5 Simple Marketing Hacks to Grow Your Business This Halloween
3 Reasons Every Brand Should Be Investing in Native Advertising
Three Types of Deals That Could Destroy Your Property’s Long-term Bargaining Power
Free Resources To Protect Your Cannabis Brand
GDPR and MANTIS: What You Need to Know
vCPM Advertising: The Benefits of Bidding for Viewable Ad Impressions
Ad Visibility 101: How to Optimize Your Website for MANTIS Ads
3 Easy Ways to Optimize Your Website’s Mobile Ad Placements

Whether you need to find more customers or monetize your digital property, we can help.

Get started with FREE tools, or get more with our premium software.